What Makes a Good Test Input for Black-Box Testing? 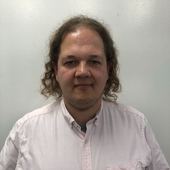 For black-box testing, one can generally work from the specification of the method under test and choose inputs based on this information. There are several complementary strategies to choose such inputs; to illustrate these strategies, let us consider three specifications of methods:

Our goal is to choose good testing values based on the information we have about each of these parameters. There are several strategies we can use; they include using typical input values, values outside the specified range, and corner cases.

One good strategy of picking black-box testing values is to use typical values. Here, “typical” is to be understood with respect to the specification: one may need to take the description itself, any implied information and, if that helps, any additional information like parameter names into account. To illustrate this, let us look at our examples.

For “age”, one could reasonably choose a value between 1 and 100 (since human ages tend to fall into that range). That being said, what a “typical” age is would depend on the application that is being developed: since it manages information about school children, one should pick a number like, say, 12 instead of 45.

An additional observation for this method is that there are likely various cases to consider (for instance, the details of parental consent for a six-year-old would be different from that for a 16-year old). For good testing, one should have a test for each case; this is generally known as equivalence class partitioning.

For “email”, something like “[email protected]” would work well. That being said, note that the specification says “valid e-mail address.” Does this mean that the address must be syntactically valid, or that it actually exists? We will come back to these points in the next sections.

One way of producing this would be to create three temporary files and use their names. Of course, for a good test, these files should probably not be empty—but from the specification, we only know that these should be JSON files. Lacking any further information, one option would be to write syntactically valid JSON. Another (better) option would be to use existing example inputs, if they exist, or to use existing code that produces these files to create some examples. If all else fails, example inputs can usually be constructed by hand from the specification of the file format.

To sum up, in black-box testing, one way to produce good test inputs is to select typical input values, where the definition of what’s typical can be derived from any specifications available. The best values can be selected by taking as much context as possible into consideration. Often, it is useful to use multiple tests that test various different classes of inputs.

If you don’t want to write your own tests, however, you can try Diffblue Cover, an AI-powered tool that automatically generates unit tests for Java code.